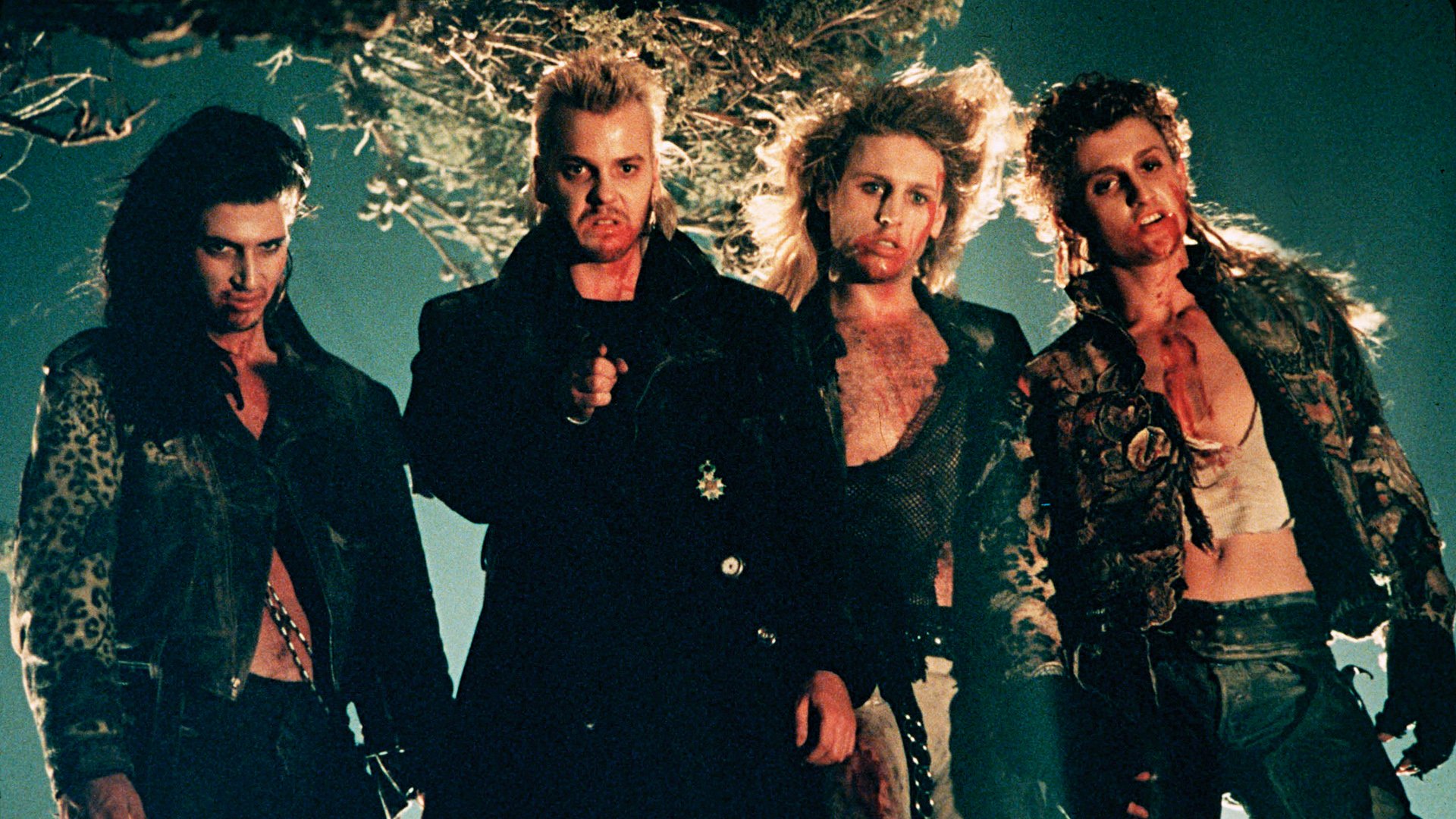 Special thanks to Saylor from Santa Cruz, the latest Bald Move Fantasy Football champ to claim their prize for winning the league.  Emerging from the pile victorious, he has selected the 1997 vampire flick, The Lost Boys.  Helmed by Joel Schumacher and chocked equally full of cool and hilarious moments and extremely questionable decisions, the film manages to confound and delight.  Why is 16 year old Corey Haim taking baths and being tucked into bed by his mother?  Why is there a shirtless oiled up, muscle bound sax player?  Why is Rob Lowe gazing seductively from Haim’s bedroom closet, and more importantly, why is Jim completely oblivious to his siren’s call?  Is the grandpa a vampire or what?  All these questions and more are explored in the depth to which they deserve.

Thanks again and congratulations once again to Sayler!  Unfortunately, our commissioned queue for now due to our backlog of existing commissions.