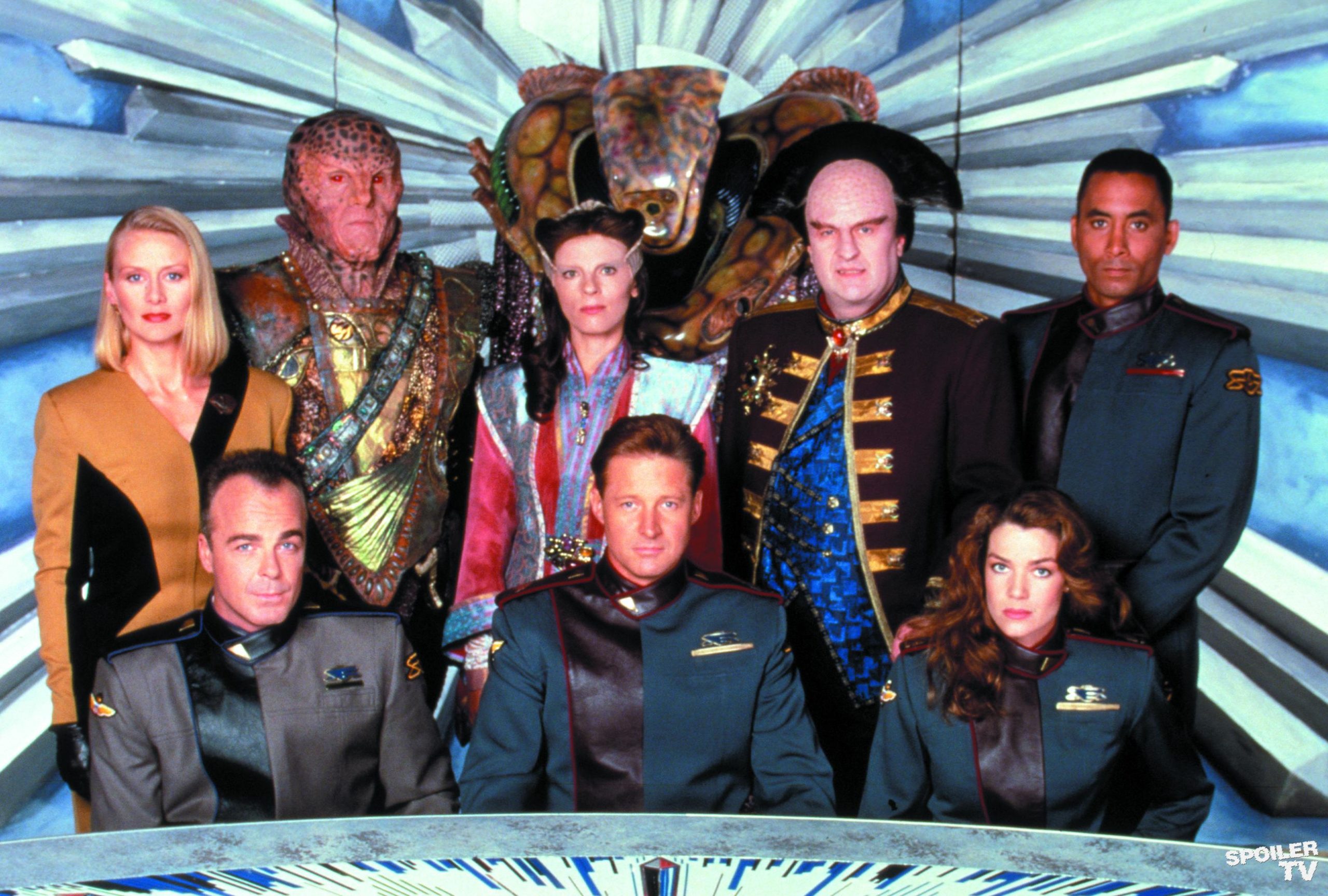 Special thanks to Brian Strader for bravely and against all odds commissioning the 90’s era sci-fi drama “Babylon 5”.  Jim and I thought such a sprawling project couldn’t be properly covered in just three episodes, given our bias against the series dated FX, questionable set and costuming, and our rabid pro-Trek bias.  But, amazingly, he selected three beauts that we feel gave us a newfound respect and understanding of the Babylon 5 fandom.  Tune in if you want to hear a lot of comparisons and contrasts between B5 and DS9, discussion of interstellar sex, and appreciation for the emoting of snake men and owl people.

If you want to join us on the journey, the episodes we watched were 207, “Soul Mates”, 209, “The Coming of Shadows”, and 220, “The Long Twilight Struggle”.  Brian was helpful enough to assemble a “Babylon 5” primer, providing the backstory to this trio of episodes.  Also, friend of the show Jason Shankel from the Nattercast wrote a story for io9 charting the strange evolutionary process that brought the show to television, and provides context for B5’s place in the pantheon of proto-“Golden Age” television shows.  He also provided a list of “essential” Babylon 5 episodes, if you, like me, what to know more but have no idea where to start.