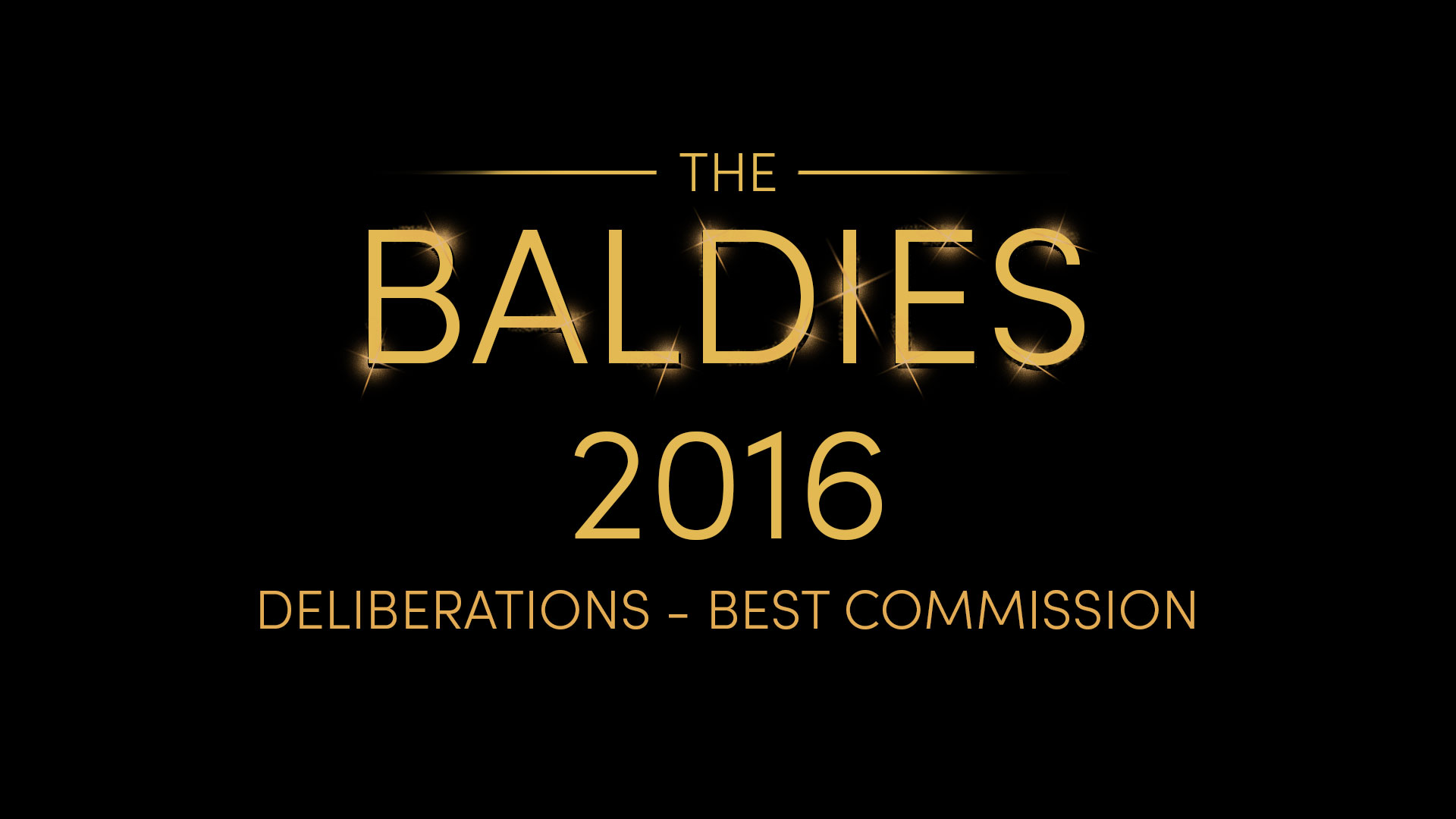 This 2016 Baldies Awards deliberation is on “Best Commission”!  We had a lot of great commissioned podcasts last year. Find out what made our top ten as Baldy nominess!