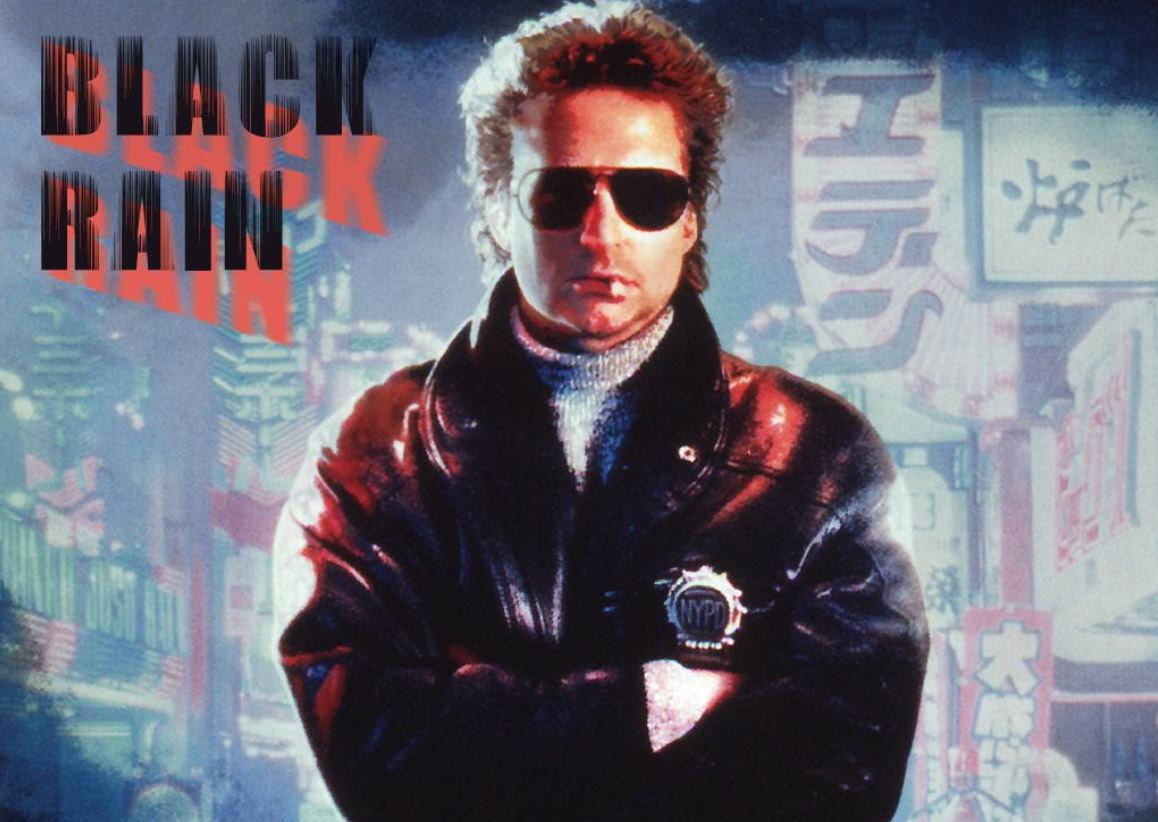 Special thanks to Sean Ray (previous commissioner of the Insidious series, and Blood Simple) for commissioning this late 80’s Ridley Scott crime thriller, Black Rain.  Michael Douglas plays a cop alongside Andy Garcia that gets mixed up in a gang war between the Yakuza and a rival upstart over counterfeit US currency.  The film explores the intercultural exchange as Douglas’s corrupt and brash NYC cop runs into the brick wall of Japanese police decorum and honor, but how successful it is in that exploration is an open question.  The film is great looking, has some solid action sequences, and hilarious Michael Douglas hair, and it’s concepts don’t quite stand the test of time.  But Andy Garcia’s chest hair is magnificent.

Thanks again for the commission, Sean!  Unfortunately we are not taking on new commissions at this time until we can get caught up on our lengthy queue.