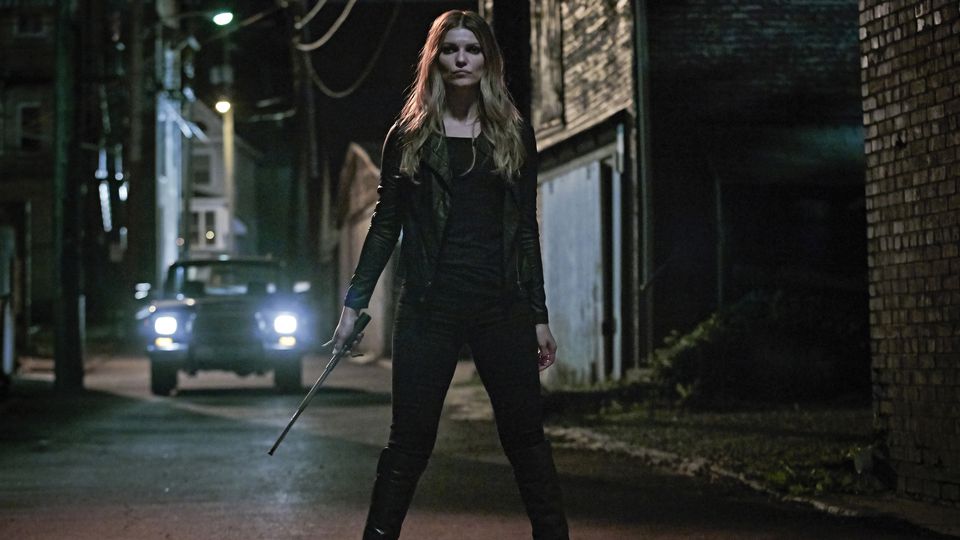 A.Ron and co-host Cecily take a look at the new season of Cinemax’s action series, “Banshee”, with the season four premiere, “Something from the Bible”.  Maybe it’s the location changes that cause so much catching up on, but we found it to run at a bit lower octane than your typical adventures of Hood and company.  Or maybe it’s the lack of Job.  But this episode is “whelming”; neither over nor under.  Still, heads get crushed in vices, Carrie goes Batwoman, Hood rediscovers his razor while learning the limits of busting caps in knees, Bunker is sleeping with the enemy(‘s wife), all the while the town and county of Banshee is rocked by a shocking death as we introduce a grisly sequence of serial killings.  So yeah, pretty pedestrian stuff, no?

We were a little late on this week’s podcast because of Spring Break, but we’ll be expecting to get the other Banshee episodes out by Monday afternoon.  See you back here then!