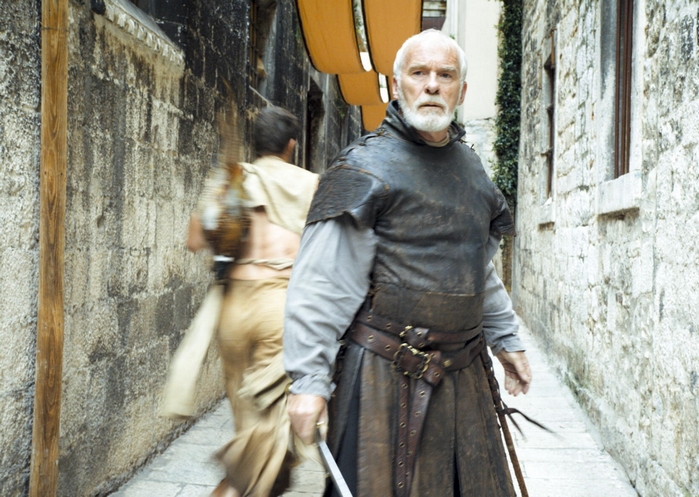 We’re here not to mourn the potential dead, but to recap episode 504 of HBO’s Game of Thrones television series, entitled “Sons of the Harpy”. Okay, okay, we’re also doing a bit of pre-mourning, too…

We discuss the final scene and the potential damage it does to the Unsullied’s fighting reputation, what to make of all the Rhaegar talk going on, the Faith Militant’s rampage, the further adventures of Jaime and Bronn, as well as the promising beginnings of the Tyrion and Jorah traveling road show. All this, tons of feedback, and don’t forget, more to come. That’s right, we’ll have a full featured SpoiLORE podcast out on Friday to discuss the latest theories and speculation from a book reader perspective. See you then!