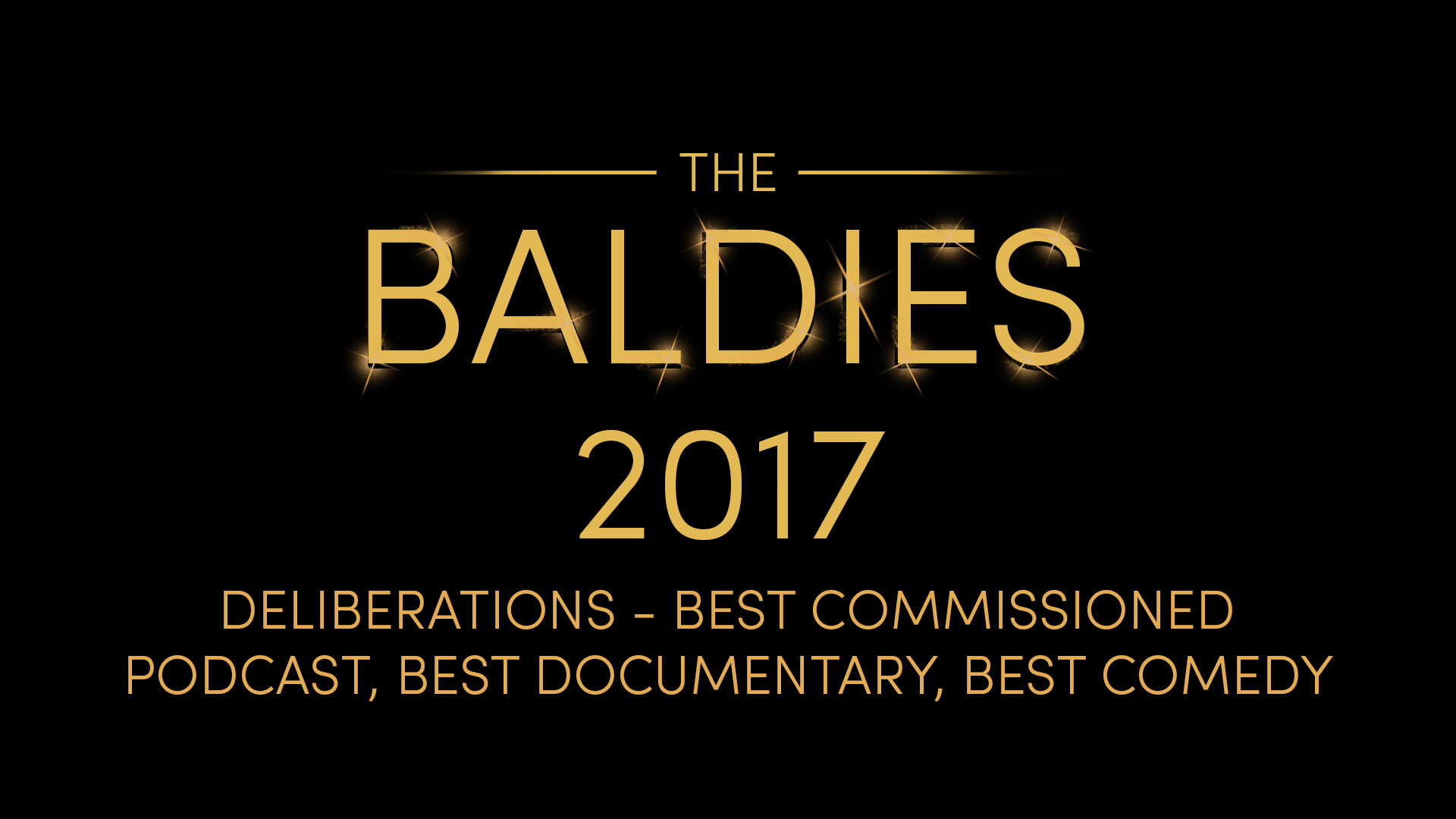 This 2017 Baldies Awards deliberation is on “Best Commission, Documentary, Comedy”!  We try to decide on the best commissioned podcast, documentary and comedy for 2017