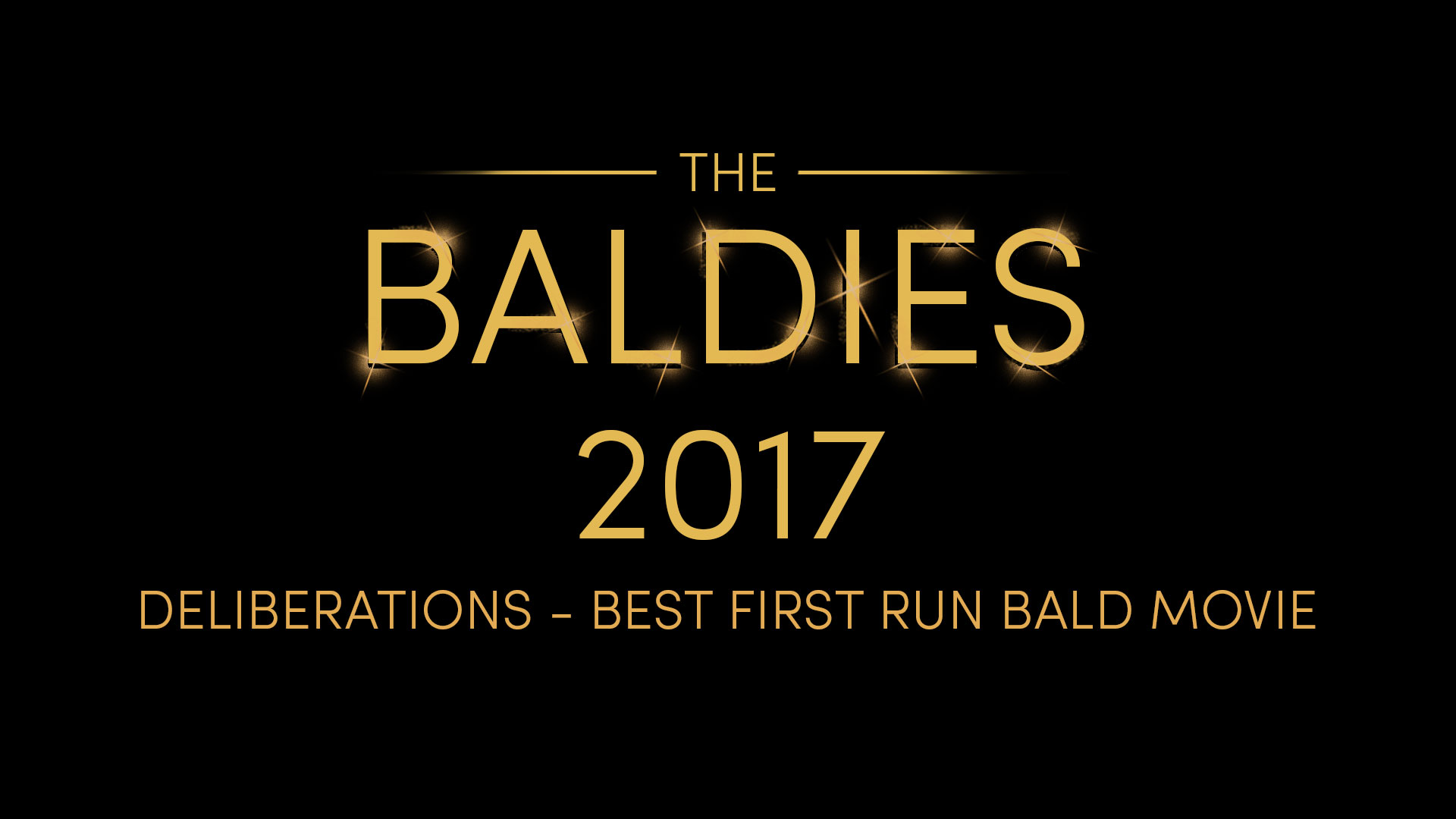 This 2017 Baldies Awards deliberation is on “Best First Run Bald Movie”!  We saw a lot of movies last year.  Which one was best?