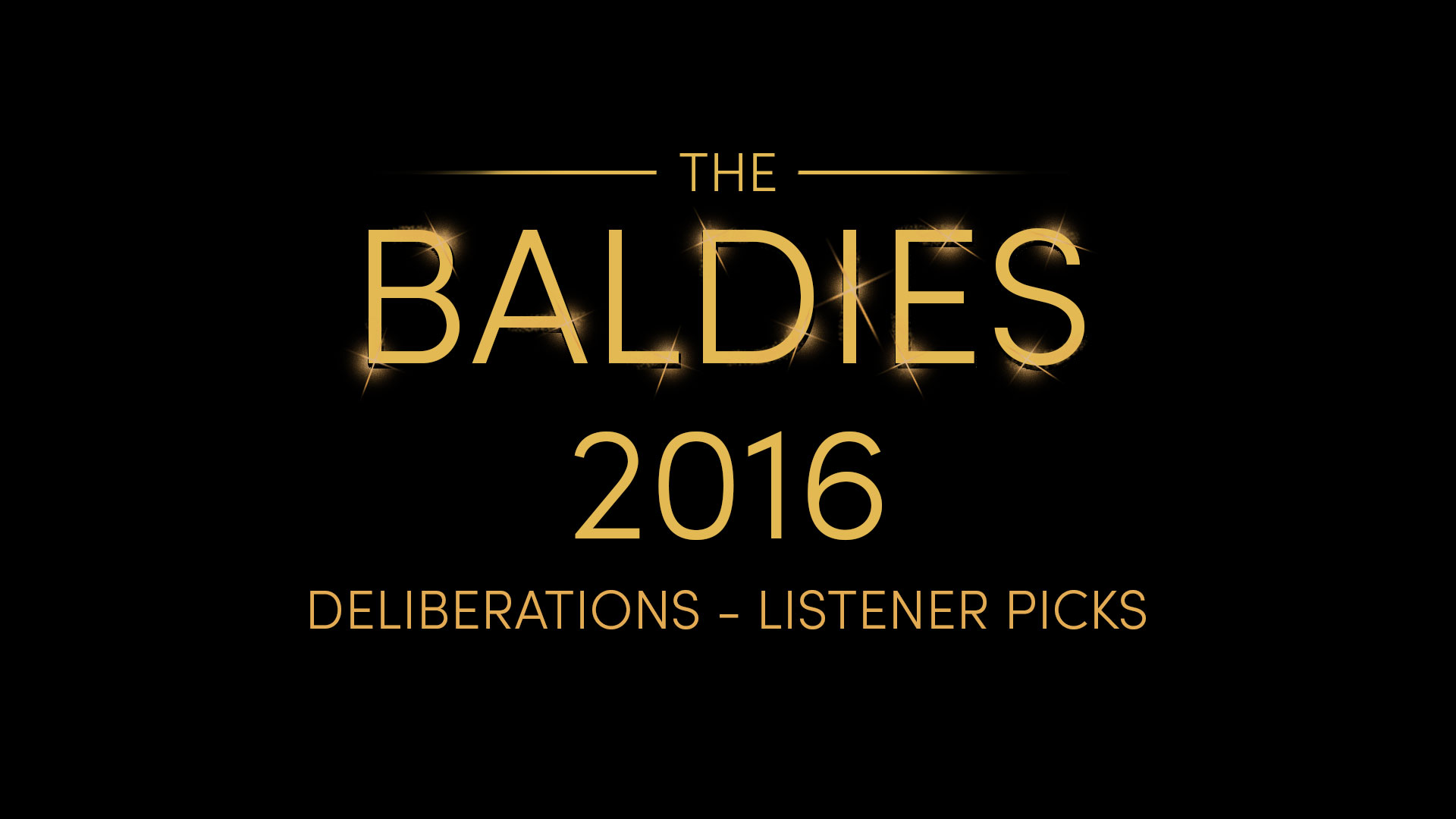 This 2016 Baldies Awards deliberation is on “Listener Picks”, which are the categories listeners were allowed to nominate shows, movies, podcasts, and actors for. Jim and A.Ron go into this with no idea what you guys and gals picked.  Are there any surprises?  Dare we disagree with the Bald Move Collective?  How can we improve for next year?  All this and more are deliberated!