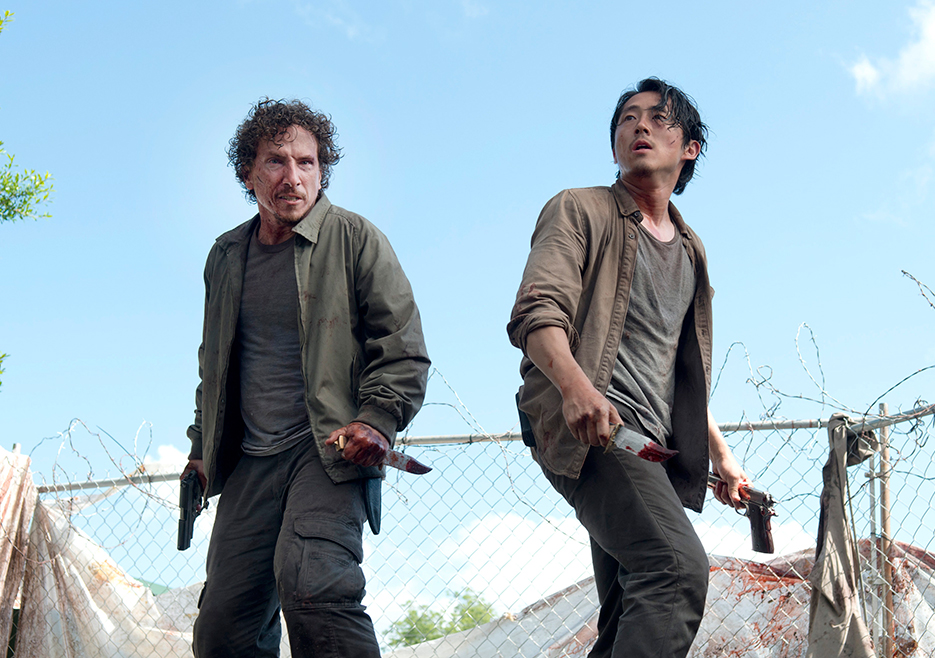 So, if you’re not in the mood for a hate-cast on the fiasco of an episode that is The Walking Dead #603, “Thank You”, it might be wise to bail now, and we’ll see you next week.  If you’re angry and confused and looking to tear into the guts of “Thank You” like a herd of hungry zombies — well friend, you’ve come to the right place…

Jim and A.Ron rail against the frankly inexcusable and inexplicable jerking around The Walking Dead production team has been inflicting upon it’s audience for the last 48 hours.  To say nothing of the strangely detached sense of geography and space, the tedious battle between the pragmatic veterans of Rick’s team and the naive idiots of Alexandria, the lazily crafted action sequences, the massive location oversights, the casual throwing away of of potentially interesting character arcs and developments just for shock value that they’ve been steadily undermining since the moment the episode finished airing. It’s infuriating.  Hopefully, next week will be better, because, hey, Lennie James.  See you then!