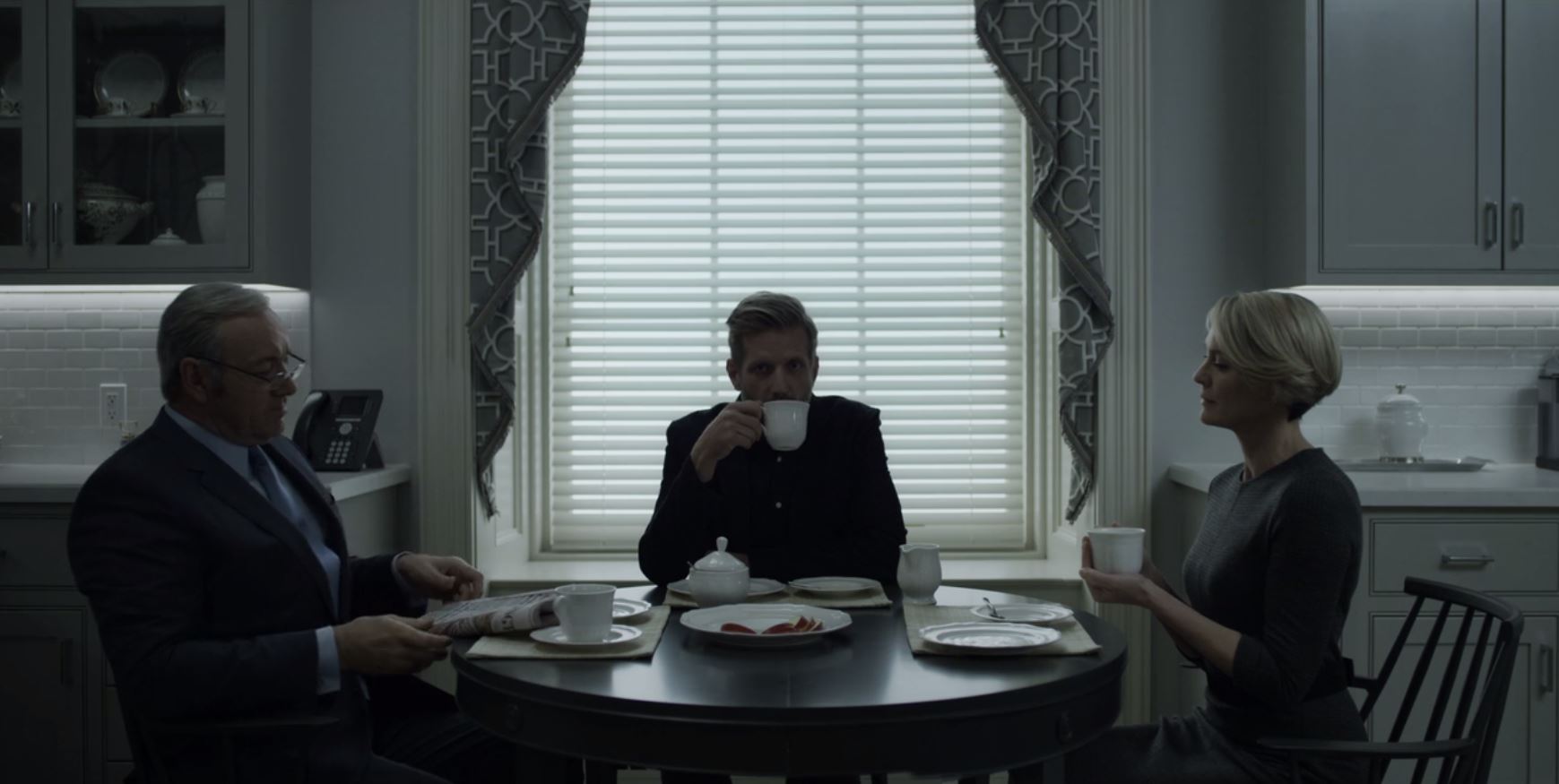 We’re nearing the home stretch.  Just one episode left to cover after this, and then the season re-cap.  But there is plenty of machinations left to unravel.  Frank uses national security, the death of a mother-in-law, and the inexperience and ambition of his political rival for his own gain, aided and abetted by his right hand woman, Claire.  Can frank defeat both political parties, a skilled and savvy reporter with a lot of axe to grind, as well as the terrorist organization ICO in just one more hour of television?  We’ll find out!