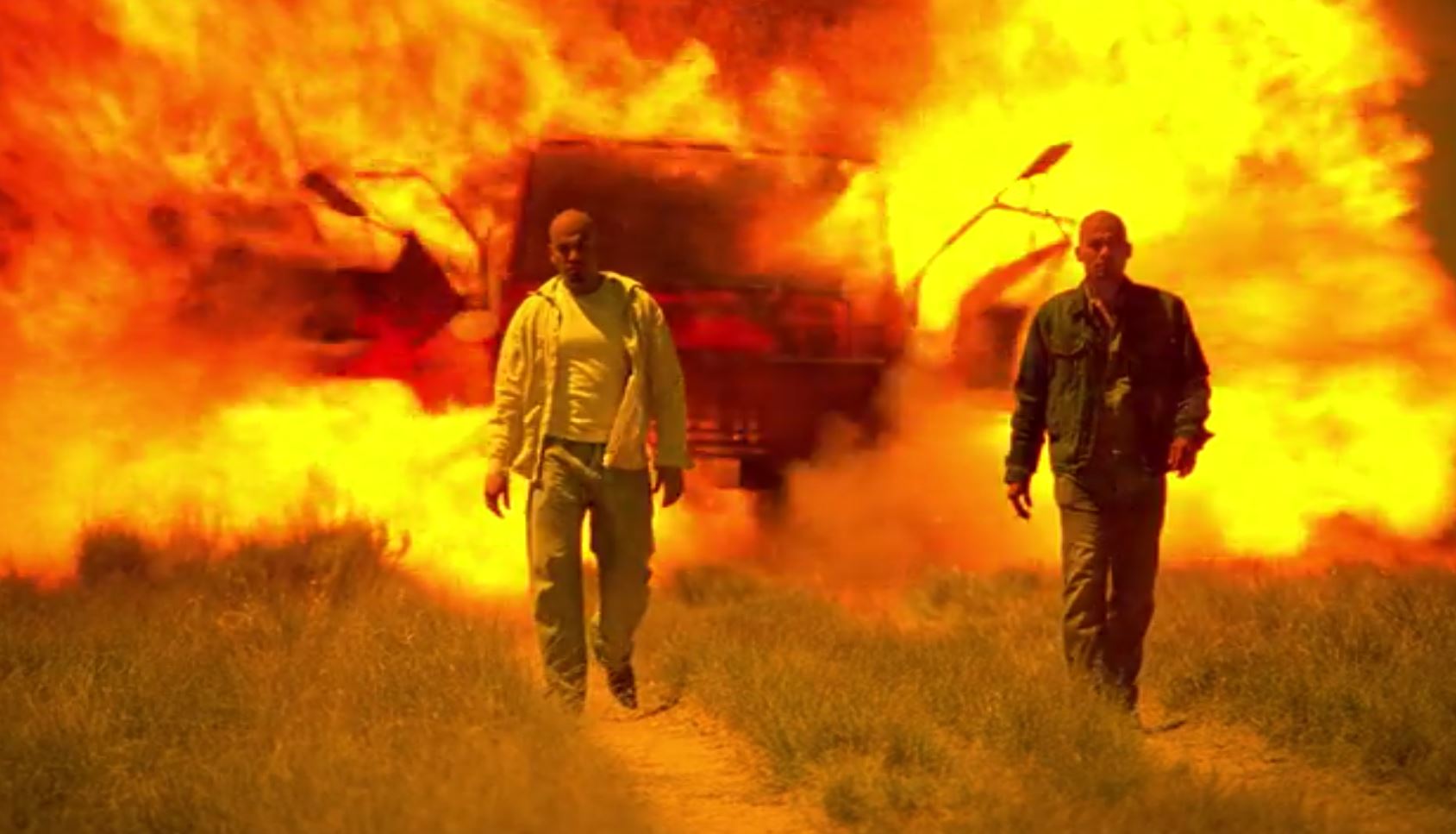 We’re back!  Summer just ain’t summer without some of the old Heisenberg Blue, and we’re crushing and snorting episodes from here on out until we wrap up our coverage for season three.  First up, the Bryan Cranston directed, Vince Gilligan written premiere, “No Mas”.  Walt wants out, Skyler wants Walt out of the house, Jesse embraces his role as the bad guy, and Walt Jr. turns down waffles.  This and other shocking developments are considered, and we analyze some character arcs in the spoiler section, safely tucked away at the end of the podcast.