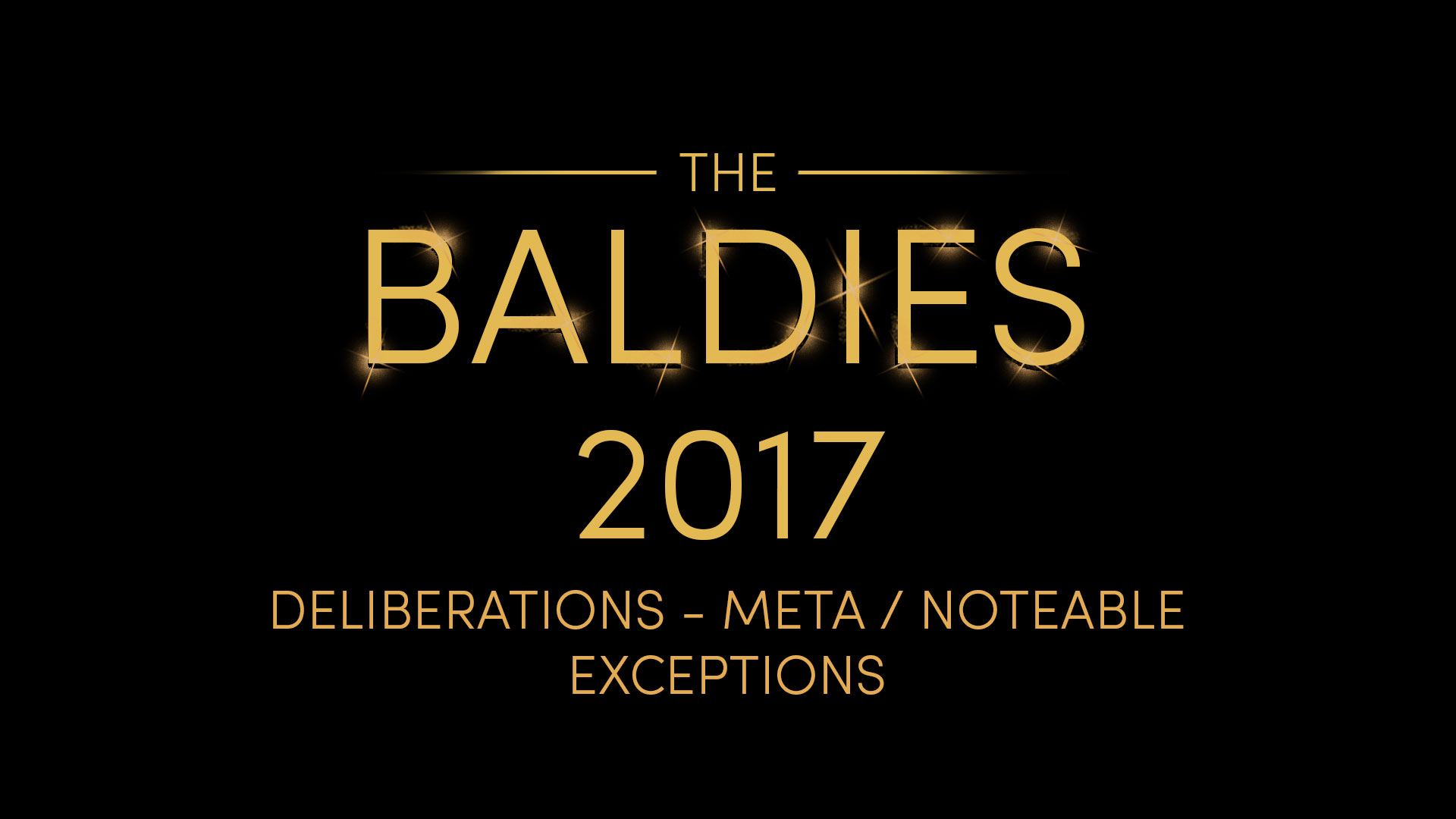 This 2017 Baldies Awards deliberation is on “Meta & Notable Exceptions”!  We talk about trends in television, podcasting, and why some otherwise noteworthy shows didn’t make our lists.