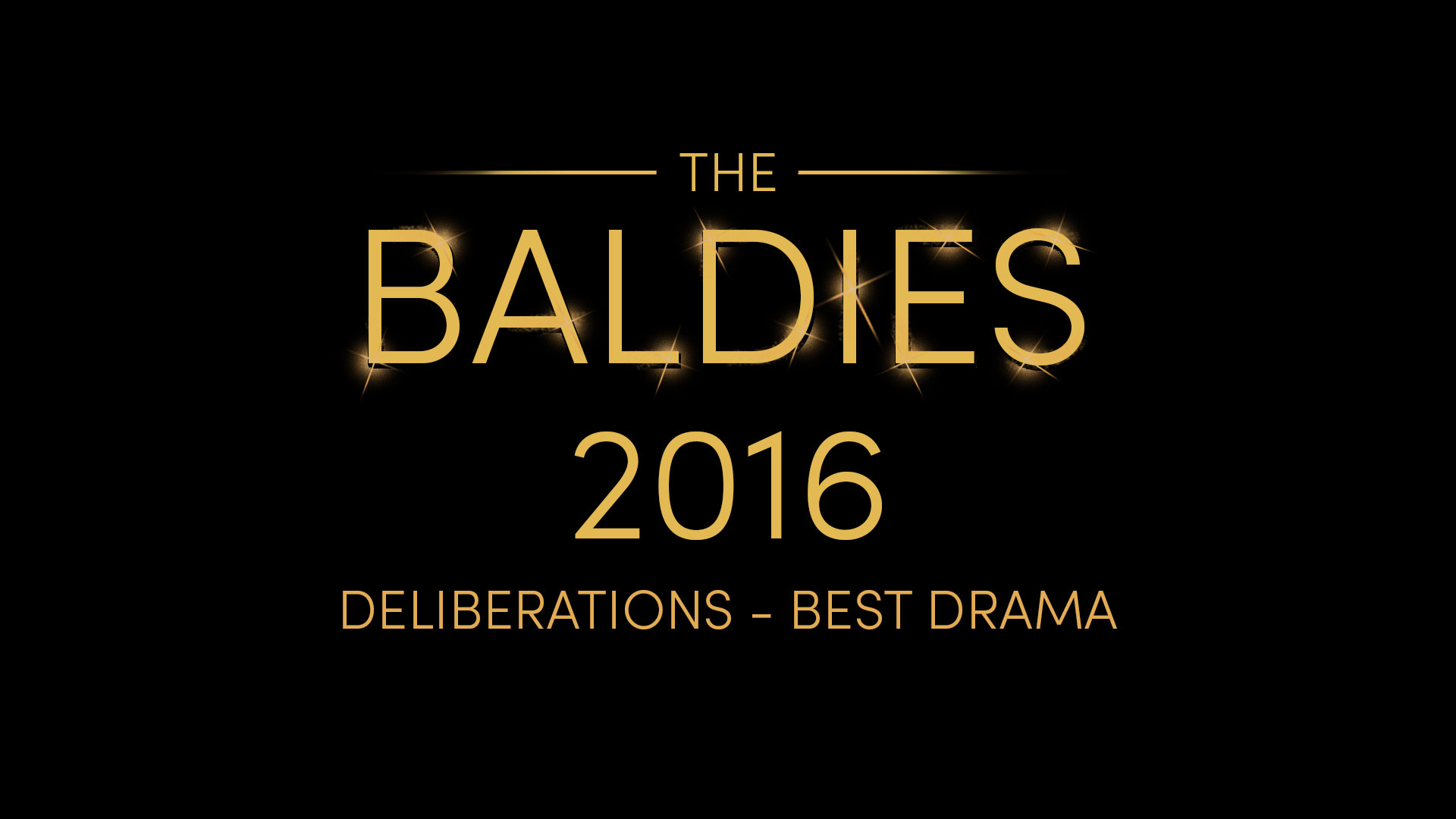 This 2016 Baldies Awards deliberation is on “Best Drama”!  Perhaps the most prestigous of all the Baldies, Jim and A.Ron do some soul searching and plenty of debate and arguing to figure out the Best of the Bald for 2016.