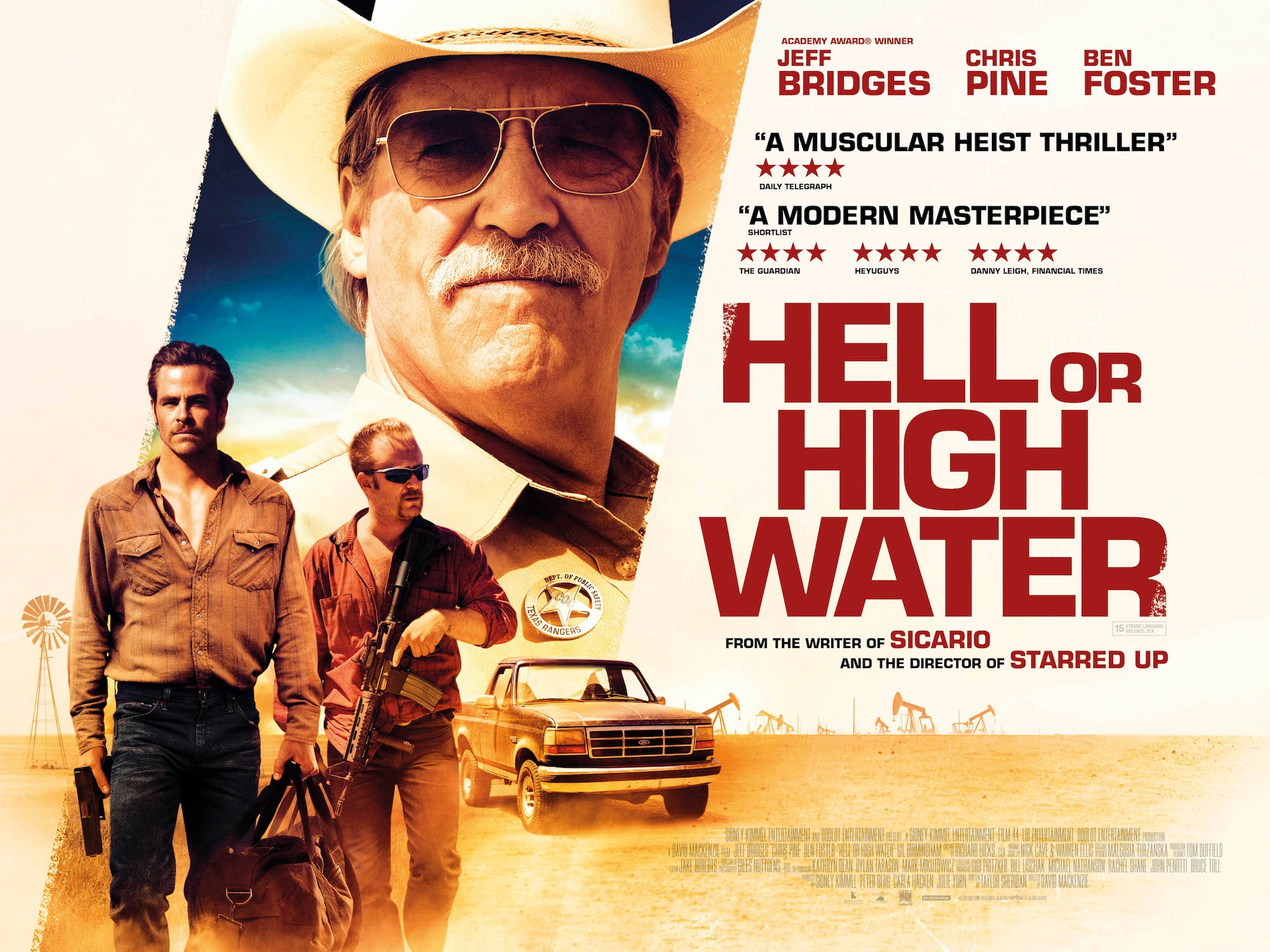 Special thanks to Lindsey Blodgett, who commissioned this podcast by virtue of captaining her Bald Move Fantasy Football League team, “Vamonos Pests” to ultimate victory.  She claims a podcast for 2016’s Hell or High Water, as her prize. A modern western about bankers robbing the poor of their land and property rights, Hell stars Chris Pine and Ben Foster as outlaws who plan to rob the banks back.  They are opposed by Texas lawman Jeff Bridges, who dusted off his Rooster Cogburn character from True Grit to tell this minimalist morality play with some surprising emotional depths.  This film is a real showcase for the actors involved, and the performances and dialog are Hell’s foremost charm; it was written by Taylor Sherridan fresh off his WGA win for Sicario.

Thanks again Lindsey!  And congrats on your victory.  If you’d like to commission your very own podcast, check out our shop for details.