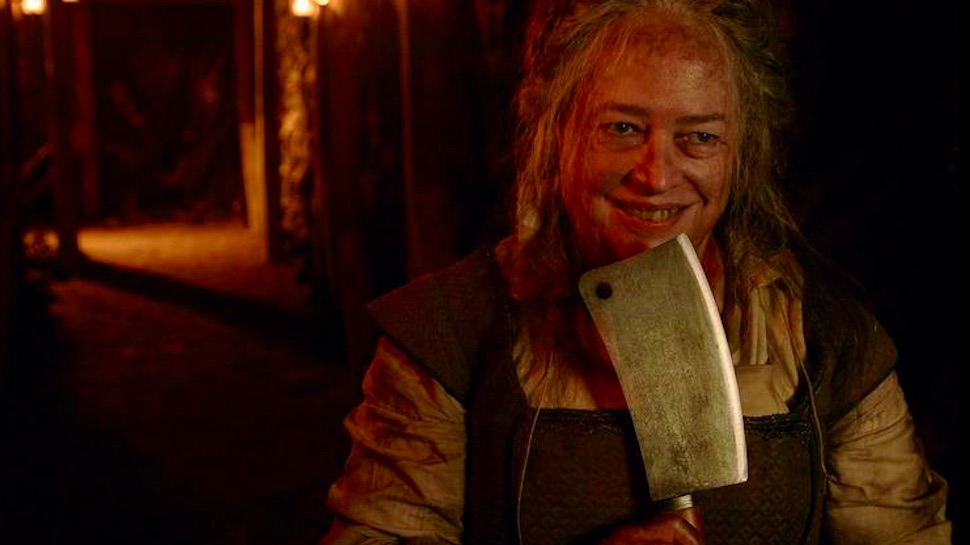 Cecily and A.Ron think that AHS season six is really bringing the scares, even if the plot and characters are still as dubious as Polk Farm Sausage.  Swinging for the fences, Murphy and Co. bring a lot of death, dismemberment, and dead Mott to the proceedings, but that’s not all.  Thrill to Cuba embracing the darkside, chill to Matt falling to the charms of a shrieking bear monster woman, side eye a suddenly murderous Shelby, and giggle as characters film their own demise for really no damn good reason at all.  Is this the Halloween episode, or is it next week?  Who knows, but we’ll see you in seven!