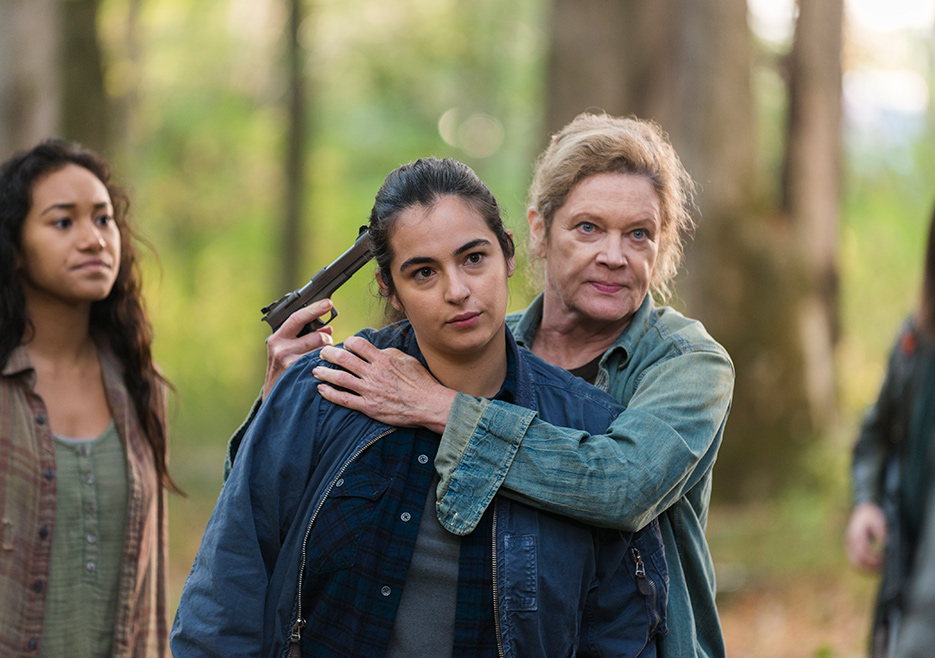 A decent episode of AMC’s The Walking Dead nevertheless provokes a bunch of questions regarding “Something They Need”.  Is Rick’s group really justified in their “take no prisoners, take all guns” approach with Seaside?  Has Eugene really turned turncoat?  Is Gregory Negan’s “little bird”?  Why can’t Grandma McGee pull a gun on somebody proper like?  And does Rick know that a man is at his most dangerous when he’s on his knees?  Dwight knows.  He’s been to the School of Eugene’s Nut Cracker, and shouldn’t be taken lightly when he’s at crotch level.  Be careful, Rick, is all we’re saying.

A big thank you to Mysteriana for creating the Watching Dead theme music.  Find all of their music at MysterianaMusic.com