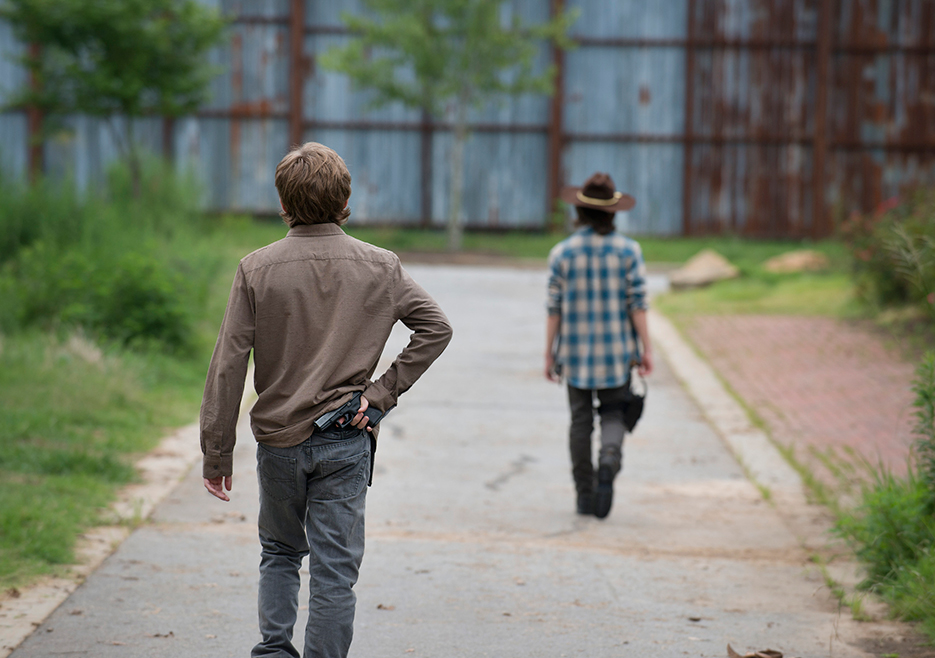 So, we got some clarity on a Big Event that happened Earlier This Season with tonight’s episode of The Walking Dead, “Heads up”…

Obviously that’s a lot to talk about, but we also have some moral philosophy debates between Morgan, Rick, Carol, and others, with Carol possibly getting some remorse for the way she’s rolled since infection ran wild in the prison.  Should she?  Michonne has some thoughts on Deanna’s “Barly == Intellect” plans, but we aren’t privy to them.  Gabriel’s running a G.D. prayer circle out by the solar panels, and his faith is rewarded with… green balloons.  What did you think?  Use the links below to send them in and we might just read them on our full coverage cast Tuesday.