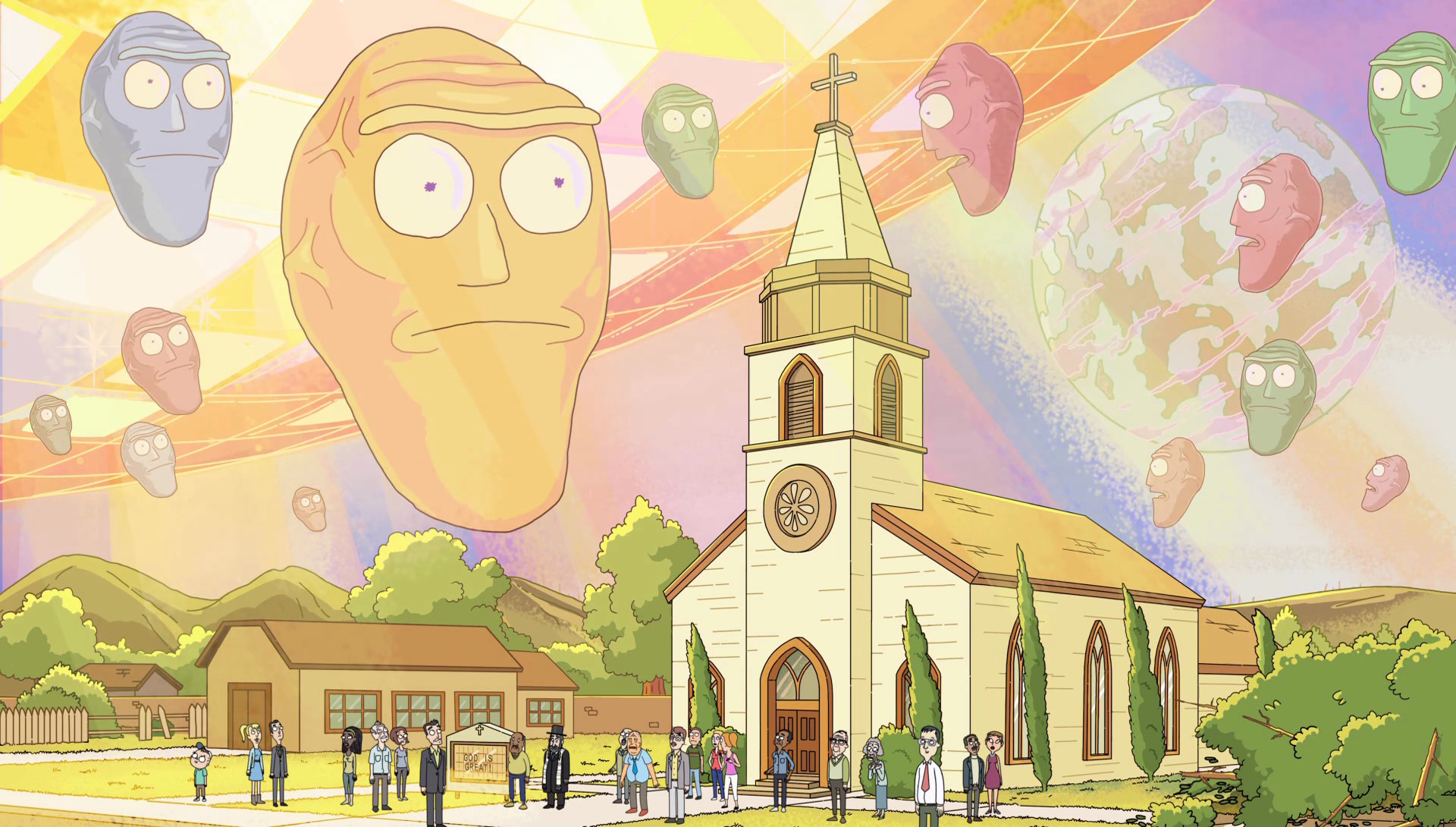 Things get metaphysical in Rick and Morty episode “Get Schwifty”! Giant heads from space appear in low Earth orbit, causing massive ecological damage. Is it the End Times? Have new gods arrived? What if the new gods are Ryan Seacrest and Paula Abdul? Rick and Morty struggle to show them what Earth’s got, while the Smith’s at large weigh the pros and cons of a new religion, “Headism”.

This podcast is sponsored by Helix Sleep! Go to helixsleep.com/baldmove, take their two minute sleep survey, and get up to $125 off one of their mattresses tailored for you!

As always, our initial review and episode discussion are spoiler-free for first time fans, but we have plenty of in-depth discussion of spoilers and behind the scenes details when we tune into dimension BM-77 at the end of the podcast!

You can watch seasons 1, 2, and 3 on Hulu right now! You can also purchase the Blu-rays for all seasons on Amazon, to get access to great commentaries, deleted scenes, animatics, and more!

Check out the other fine podcasts over on Starburns Audio!