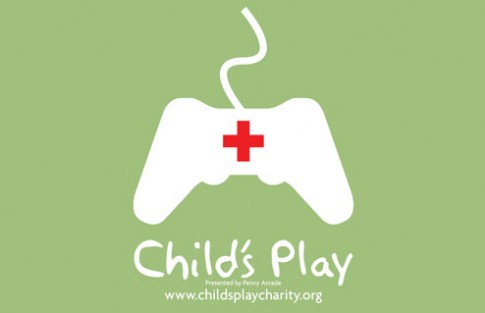 Hey everyone, A.Ron here. Each year, around this time, Jim and I sit down and kick back a few beers and plan what we’re going to do for the next year. We set a goal, and then measure our progress throughout the year to keep us at least loosely focused on what the hell we should be doing in the bigger scheme of things. Previous year’s goals have been specific traffic levels, or number of shows.  This year we had a financial goal; to make at least $24k in net revenue through Bald Move. We actually did that in November, so the rest of the year just became gravy.

We debated a few things we could do with our December money, which is traditionally one of the biggest months for us as far as affiliate links go. We thought about banking it for next year, or splitting it as a “holiday bonus” to reward ourselves and our families for the many hours we’ve put in podcasting. At one point we threw out there that we ought to just give it all to charity, and after mulling it over, it felt right. If Bald Move continues to be successful and continues to grow, we want to be the sort of money making operation that gives back. So we resolved to give away 100% of our Amazon affiliate program income for December. Once we made that decision, picking the charity was easy.

Ten years ago two of my personal heroes, Jerry Holkins and Mike Krahulik of Penny Arcade fame, started a charity with a simple purpose; provide games and toys to sick kids in children’s hospitals world wide. Child’s Play was born. They’ve raised $20 million dollars over the last decade since, with 2.5 million (and counting!) in 2013 alone.

I’ve been a big fan of the charity since it started, even before I had a child of my own. I like it because I’m a sucker for kids, and I like it because their overhead is so low; over 94 cents of every dollar donated goes straight to the children. That is pretty remarkable efficiency as far as charities go.

And I’ve seen first hand the value of these programs. My son got sick and needed an operation a few years after Child’s Play got started, and it was rough on everybody. It was really valuable to have a well stocked kid’s play room with videos and video games we could check out to take back to his room to take his mind off the fact that doctors and nurses had to basically come in and hurt him every few hours. When they were sticking him with needles, we could say, “hey! What Thomas video do we want to see next?” or “what game do you want to try when you’re done being brave?” I felt proud that a charity I’d been a part of since the beginning had made at least some of that possible. I also felt fortunate that we had a good outcome and a relative short stay. Those of you with kids that have been sick with worse than just the sniffles will know what I’m talking about.

So how do you help? It’s easy. Are you doing some of your Christmas shopping online with Amazon? Use our link, http://amazon.baldmove.com.  Using that link will automatically tag a portion of everything you buy at Amazon as going to us, and we’ll cut a check at the end and send it right to Child’s Play. It literally costs you nothing, there are no extra fees or charges to use the link. Please, please share this story and the link with your friends, family, and followers on social media. The more people using the link the more we’ll be able to give away!  Also, remember that the link is only valid for your current visit at Amazon.  If you want to continue giving, make sure you use amazon.baldmove.com throughout the whole month of December.

So, we thought that would be pretty cool, but several of you weren’t content with that. Hell no, you want to give without the Amazon middle man. We’ve never straight up accepted donations before, but for a good cause we’ve added Paypal donation support! You can straight up donate cash by clicking the “Donate” button under the thermometer above.  I’ll also be adding international Amazon support as I find the time for you overseas folks.

We are projecting to earn about $1500 through Amazon this year in December. I’m setting an informal goal of double that, at $3000. Can we make that happen? I dunno, but check back here throughout the month to check on our progress! Have any questions? Check out Child’s Play FAQ over here, or email me at a.ron@baldmove.com.

Happy holidays from all of us at Bald Move, and thanks for all of your continued support!